Lost Maples State Natural Area in Vanderpool, Texas was a great park for me.  It was cold and sunny and we took a long walk (which included a quick dip in a beautiful clear blue stream) and and a hike on the Maples Trail – through limestone formations along the Sabinal River.  The nights were clear and frosty with the Big Dipper hanging upside down over the Winnebago but the main attraction was the Uvalde Bigtooth Maples, relics from the last Ice Age.

In San Angelo the Boss carried through on her threat… I had a shampoo (a double), a blow dry and brush out, and a light trim at PetSmart.  Also, on the night before, B&B spent about two hours using the rake to get out the burrs that covered my head, body, paws, and tail. OUCH!  Needless to stay, after my Spa Day I was not allowed to lie outside in what the Texans call grass!

The campground at the San Angelo State Park was big and wide open, but the Reservoir was nearly empty (apparently it hadn’t rained there in several years) so everything was very dry and ugly.  Mr. Big wanted to visit Fort Concho to learn about the Buffalo Soldiers and a notable commander, William “Pecos Pete” Shafter so one cold morning they left me behind and headed out.  Well, they returned after several hours – severely disappointed.  The fort was in the middle of town, surrounded by commercial buildings and abandoned homes with main streets running through it, and the Buffalo Soldiers were hardly mentioned.  The Boss couldn’t find anything concerning Pecos Pete but she did find proof that the Irish are more than drunken dreamers; a memorial to ten Irish soldiers that won the Medal of Honor for their bravery in the Indian Wars!

Lake Colorado City State Park in Colorado City was an absolutely terrible place – another State Park where every square inch of ground was covered with Texas burrs (locally known as goatheads) – plus the Lake was down, it rained almost all the time, and the views included the local power plant and surrounding private homes.  The one time I was allowed to spend time outside by myself I dug a hole in the red dirt and got my white body parts really dirty.  The Boss was quite annoyed and spent several hours brushing out chunks of mud and tons of burrs.

Thank the Big Dog that we are leaving the Hill County Region of Texas and heading north to the Panhandle Plains!

ps… check out the Pics in the Texas Gallery. 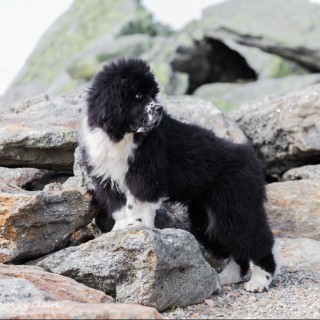